Linux on the Mainframe: A Growing Disruption

Linux on the Mainframe: A Growing Disruption 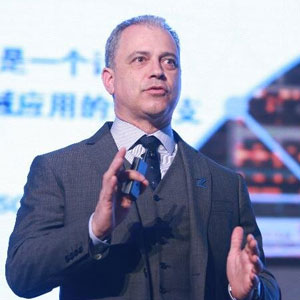 Wikipedia defines disruptive innovation as “an innovation that helps create a new market and value network and eventually disrupts an existing market and value network (over a few years or decades), displacing an earlier technology.” Everyone knows that Linux is a classic example of a disruptive innovation, having grown from a Swedish college student’s dorm-room project in the early 1990s to a revolutionary open-source software that powers massive data centers like Google’s and Facebook’s, stock trading platforms such as the New York Stock Exchange and London Stock Exchange, and even the International Space Station.

Many people also know that IBM helped drive Linux’s acceptance in the business world when it announced in 2000 that it would embrace Linux as strategic to its systems strategy and a year later committed to spending $1 billion on Linux projects.

But how many people know about the amazing success story of Linux on the IBM mainframe – a marriage of one technology that revolutionized computing 50 years ago and remains as vital as ever, and another that has had much the same effect years later?

Today, 80 of IBM’s top 100 systems customers are running Linux on the mainframe for the most demanding enterprise workloads, and more than 50 percent of all new mainframe accounts since 2010 run Linux. There are more than 3,000 certified applications for Linux on System z. According to analysts, mainframe Linux growth is accelerating at 49 percent annually compared to 7 percent for the total Linux market.

And the value proposition of Linux on the mainframe is only growing stronger as the emergence of mobile, cloud, Big Data and social business reshapes the server market.

The mobile revolution was in its infancy when IBM introduced the first Integrated Facility Linux (IFL) engines – processors for Linux workloads – for the mainframe in 2000. Today, mobile devices and apps are ubiquitous.

Mobile apps – say, for online banking – are causing an exponential increase in data and transactions that must be integrated with core business processes, applications and data. Nothing does that more efficiently and securely than an IBM mainframe. It turns out that the mainframe also is a stud for the cloud. An IBM mainframe can be subdivided to run Linux virtual machines – 6,000 at a time.

Such capabilities offer the scalability and functionality required to establish a production private cloud on Linux for System z, and one that’s far more costefficient than x86-based clouds.

Take, for example, Blue Cross Blue Shield of South Carolina, which faced a critical decision on how to upgrade its IT infrastructure as claims processing requirements grew.

Instead of building another distributed server datacenter, incurring construction costs and capital expenses for the thousands of servers and all the attendant software licensing and infrastructure support, BCBSSC chose a different route.

The insurer removed 1,000 Intel-based servers, re-hosting those applications on Linux on the mainframe and upping the number of mainframe "MIPS" (millions of instructions per second, the industry standard for measuring mainframe capacity) that they supported from 20 to more than 200.

By the way, BCBSSC ended up with so much cloud capacity after its switch from x86 to the mainframe that one of their subsidiaries -- CDS – now acts as a service provider, offering claim processing in the cloud to regional insurance providers nationwide. BancaCarige, one of the largest banks in Italy, relies on Linux on the mainframe for two key initiatives -- improving understanding of consumer behavior through analytics, and new mobile services that engage and retain customers through exemplary service. The bank migrated several marketing databases and applications from the distributed environment to the mainframe.

According to the bank, the most important services now can be managed together on a consistent, stable and highly secure platform that offers enormous scalability and performance. System reliability is becoming more and more important as customers move away from the traditional model of in-branch banking to mobile.

The Met Office, the UK’s national weather service, creates 3,000 weather forecasts a day with the help of a pair of IBM zEnterprise 196 servers running Linux.

THE CHALLENGES OF CYBER-PHYSICAL SYSTEM SECURITY

How to Build an Effective Content Strategy Others Will Envy

A Collaborative Approach to Wealth Management