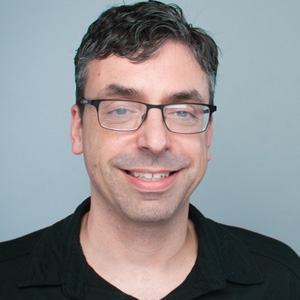 There are many aphorisms that describe the cyclical nature of life:  what goes around comes around; what’s old is new again; there’s nothing new under the sun. This analogy holds true for EPM as it has evolved from its mainframe and minicomputer origins, moved to departmental servers under someone’s desk, grew to enterprise level products, and is now in the cloud.  This move towards centralization and then away is the essence of EPM’s circular nature.

What is not cyclical is the need for data exploration, actionable information, and flexible tools that analyze and even predict business conditions that have been the requirements of businesses since the concept of commerce began.  The only difference in analysis between caveman bartering and a modern corporation are its sophistication and methods because the need to interpret and understand a business’ fortunes – good or bad – remains.

In 1990, I started my career in a field that was then alternately called Decision Support Systems or Executive Information Systems as a very junior Comshare Commander EIS developer.  For its time, Commander EIS was a revolutionary product:  a graphical PC user interface before Windows, a proprietary calculation language, a data integration language eponymously called ADL, and at its heart was the System W mainframe multidimensional database.  The scope and breadth of data management from sourcing to calculation to presentation set a standard that continues today for fully featured EPM product suites.  Commander was also revolutionary because it gave the business the ability to analyze complex business data through direct interaction with multidimensional models using the Execuview PC client.  Yes, there was an awful lot of IT effort to build and maintain those multidimensional models just as there is today but once done, Commander Users could create their own analyses without recourse to an IT report writer.

Of course there were downsides:  it really was extraordinarily IT centric – I was part of a 15 man team to support 40 users – database size was laughably small – eight dimensions with a maximum of 2,048 members across the whole database thus allowing only high level data, and from a cost perspective its mainframe platform was expensive.  High license cost allied to resource intensive development and maintenance precluded wide adaptation within a corporation, hence the term Executive Information Systems.  All of this was to change with the client server movement that took hold in the early 1990s.

Mainframe EIS vendors facing these pressures needed to move to a more economical and flexible platform.  In Comshare’s case, this was accomplished through licensing Arbor Software’s Essbase.  I have a vivid memory of my manager tossing Essbase diskettes and manuals across his desk with the comment, “Our mainframe costs are killing me, over a million a year.  Take a look at this would you?”  Just as the functionality and nature of mainframe EIS products changed analysis so too did Essbase’s increased functionality and reduced cost but in a different direction.

The business needs were the same; my first multidimensional Essbase database was a P&L application that mirrored an existing System W model.  Analytical similarities aside, what quickly became obvious were the ways that Essbase differed:  a server that literally lived under my desk, a formula-centric programming language, and an Excel add-in UI.  An Essbase developer need not be a strictly trained and managed programmer because of its graphical UI.  More importantly, Essbase data was presented via a query-by-example Excel add-in.  Spreadsheets, the life and blood of corporate data analysis, were expanded far beyond their native capacity via Essbase and analysts could now drill up and down dimensional hierarchies while pivoting, adding in custom Excel formulas, and using the data from Essbase to explore data in new and creative ways.  Essbase within Excel broke the reporting shackles of what had begun to be called Business Intelligence.  The net result of easy development and truly user-defined and customizable reporting was a complete transformation of EPM application design, development, and use from an IT-centric product category to a user-owned one.

Working with Essbase was and still is exciting.  Users are passionate about Essbase as were developers like me.  I am embarrassed to admit that I had a shouting match with an older colleague who advocated SQL over Essbase for some long-forgotten solution.  Only his understanding of misguided youthful enthusiasm (although at the time I was pretty sure there was nothing misguided about my argument) saved me from the firing I undoubtedly deserved.  We were changing the business world and knew it.

As with mainframe-based EPM tools the departmental and power user approach had problems of its own.  IT practices such as backups, redundancy, patching, and SLAs were ignored or were simply unknown.  What resulted was servers that crashed, data that wasn’t backed up, literally overheating servers, and a litany of infrastructure and system management woes.  Essbase had to mature to scale beyond a department or two.

Hyperion Solutions, the successor of Essbase, focused on growing Essbase out of the departmental model and into a true enterprise product with all of the functionality, IT management rigor, and complexity that the category required. In Hyperion’s case this was through applications like the wildly successful Hyperion Planning with Essbase at its core.  As the tools and applications matured, the product category name changed to Enterprise Performance Management as was reflected in Essbase’s new role.  By becoming an enterprise tool, EPM made a round trip from a centrally managed and developed mainframe tool to what some considered the Wild West of client server application development (interestingly, it was always IT departments that saw this paradigm in a negative light while Finance departments embraced that independence) back to a centrally managed and developed tool.  Given the sophistication and size of the databases and systems it really could not be any other way.  A handful of analysts crunching numbers in spreadsheets can tolerate system flakiness; users working in a suite of interdependent and integrated tools across a company’s organization but the globe cannot.  That necessary adherence to good IT practices brought stability and power but has consequently resulted in a loss of the user-driven applications.

We have now arrived at the present.  Oracle owns Essbase and has bet its corporate future on the cloud.  Does the cyclical nature of EPM persist?  If you think about what the cloud is–a centrally managed computing resource–it is awfully similar to the mainframes that hosted EIS systems.  A cloud instance of Essbase removes the infrastructure maintenance cost that EPM implementations entail while retaining all of Essbase’s potential.  That potential divorce from infrastructure is where EPM has truly come full circle.  Essbase is now free as it was in its genesis to be the agile database that business users create and own.

The cloud has electrified the broader EPM market just as Essbase did at its introduction.  New vendors have entered the market, established players are pivoting towards the cloud and away from customer-managed environments, and businesses have a faster, cheaper, and yet just as functional way to analyze their business.  Will this be the end of EPM’s cyclical nature?  Has the conflict between safe, secure, and powerful EPM IT-managed resources and the flexibility that business requires finally been resolved?  Predicting the future can be a fool’s errand but it appears as though the answer to both questions is yes because the cloud enables enterprise level functionality along with the crucial flexibility that departmental and larger applications must have to succeed.

THE CHALLENGES OF CYBER-PHYSICAL SYSTEM SECURITY

How to Build an Effective Content Strategy Others Will Envy

A Collaborative Approach to Wealth Management